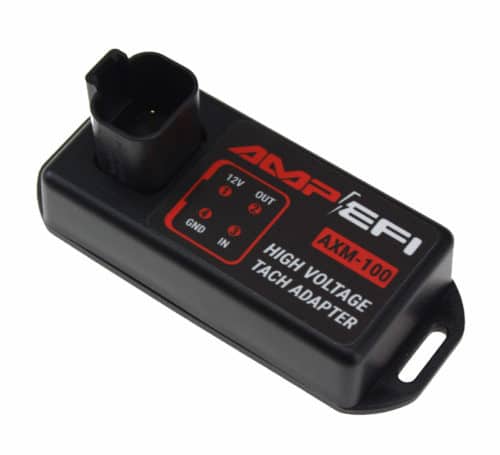 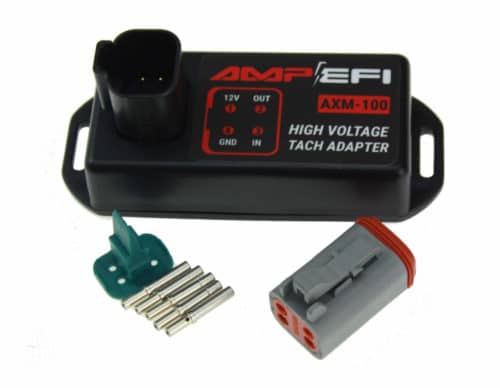 The AXM-100 high voltage tach adapter lets you control tachometers that trigger off the negative terminal of the coil with a low voltage signal from your ECU.

Many older tachometers trigger off the negative terminal of the ignition coil.  Often, these use a filtering circuit which will not trigger when given a 0 to 12 volt square wave signal, such as the tach output signal from an ECU or ignition box. If you have a tachometer that originally received a signal from the negative terminal of your coil, and it won’t move if you wire it to the ECU tach output, use our AXM-100 high voltage tach adapter to step up the signal to a high voltage spike.

The AXM-100 adapter accepts both 0-12 volt signals (such as the tach output from a MS3Pro, MS3Pro PNP, MicroSquirt, or MSPNP Gen 2) and 0-5 volt signals. The module uses an Amphenol AT connector, compatible with Deutsch DT and other motorsports connectors. The circuit board uses conformal coating to protect against moisture, but don’t submerge it in water.

This module is not intended for use with current triggered tachometers, which connect to the positive terminal of the coil.

Made in the USA.

What’s in the box?

How big is it?