The Fastest Woman in Oklahoma!

If you’re a fan of big engines, fast cars, and straight up drag racing then you have probably heard of Tina Pierce. Tina has had a need for speed since the age of 8 but her family wasn’t necessarily a racing family. She would blast down the streets on a motorcycle that her parents bought for her and after meeting her husband David she took her passion for racing to a whole different level!

David has been into racing or around fast cars his whole life due to his father and uncle being hot rodders themselves. He did a little racing then found himself riding dirt bikes for 10 years or so but as us long time car guys know, we try to pivot and enjoy something else (even though sometimes very similar) then suddenly, the need for speed and cars just calls us back in like the suckers we are! David and Tina were dating at the time when David bought a Vega to dip his toes back into racing and after a year or so toying with that Tina wanted in on the fun! They slapped together a little Mustang and boom, she’s hooked!

We mentioned the Mustang, but we all know Tina for her fast as heck trucks! On Discovery Channels “Street Outlaws” we see her running a 2000 Chevy S10 that sported a few different engine combinations but the most famous being the LS engine-based setup with twin turbochargers. After a few years of running that truck and it being a sort of calling sign for her, (if she was a superhero her “Bat Signal” would be a bright S10 shinning in the sky) she came out to 2015 Hot Rod Drag Week with a beautiful Twin Turbo 427 LSX Chevy Colorado. She has beaten on this thing for years and even took home a win in 2019 at Rocky Mountain Raceweek in the Prostreet category. The coolest part for us is that David and Tina love our engine management systems (EMS) and had them on both trucks!

Its safe to say if you think fast trucks, Tina’s name is at the top of the list! Its hard to picture her driving anything else until now… 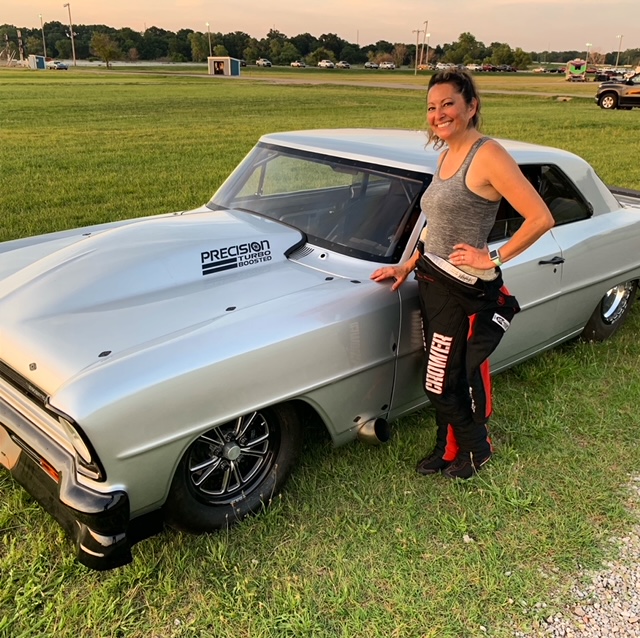 This year David and Tina debut their 1966 Chevy Nova and man this thing does not disappoint! David told us that they teamed up with Mike Winters at HMJ Fab and Chassis to build a killer tube chassis with 4 link setup that gets this thing sitting pretty and ready for war! The power plant is a Big Block Chevy with twin whirly boys, a combo that’s capable of 2500hp! 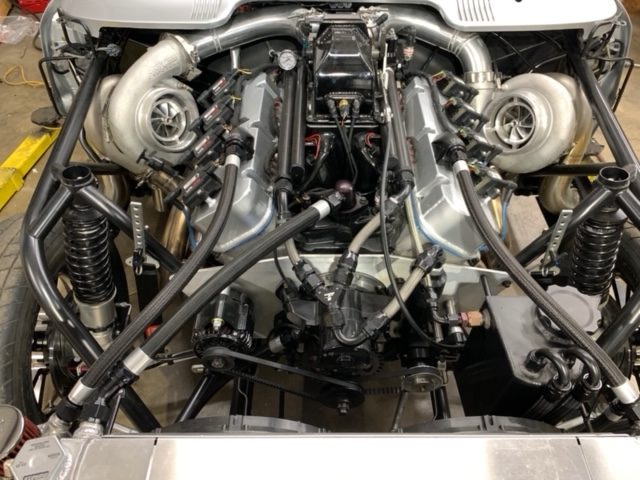 With the plans for the car, David and Tina needed the higher number of inputs and outputs provided by the MS3Pro Ultimate BUT the Evo’s High Impedance injector drivers which allow for running multiple injectors per driver. So we said no problem and put together a unit to fit their needs! This custom MS3Pro controls the chaos with ease including the 24 Injectors needed to drag and drive this big block monster across the country along with the IGN1A Coil Packs lighting the fire! Here’s a note from David “We have 24 injectors on this engine so that we can drive the car on a set of small ones and then we bring in the 16 injectors during spool up and during the pass. As soon as she lets out of the throttle it goes back to the eight small gasoline injectors to drive back to the pit. We have 100% confidence in the MS3Pro to handle the switching of the injectors and it’s worked flawlessly.” For clarification, David is using 16 injectors for methanol and 8 injectors for gasoline, and with the MS3Pro switching to methanol only under boost and load during staging and running down the track, then using the gasoline on the return road and in the pits (and flushing the methanol out of the motor in the process). Really trick setup!

We love to see our customers using our systems to their fullest potential and the Pierce family is no exception! “We have a lot of different sensors to monitor as well as a laser for not just the data but for wheelie control. The amount of different things that you can do with the system is incredible. Again, it works awesome. It’s been great to work with the guys at DIYAutoTune and we really appreciate the technical advice and support we get from them. A car at this level you don’t want to trust your engine to just any hardware and its very important for us to use what we feel like is the best.” As he mentioned above, they are running our CANEGT and EGT sensors to help monitor the engine to make sure it is in fighting shape! They are also using a few of our Hall Effect Sensors, typically used as crankshaft position sensors or camshaft position sensors but David is using them to measure front and rear wheel speed sensors. In case you didn’t know these sensors are extremely versatile and can be used to measure anything that spins. This is a perfect example and I hope its gets your gears turning!

Pierce Speed Shop did an amazing job putting this rocket together and Tina does an even better job making it fly! Don’t take our word for it, check out the pictures! We love working with this racing family and hope to continue our relationship for many years to come!