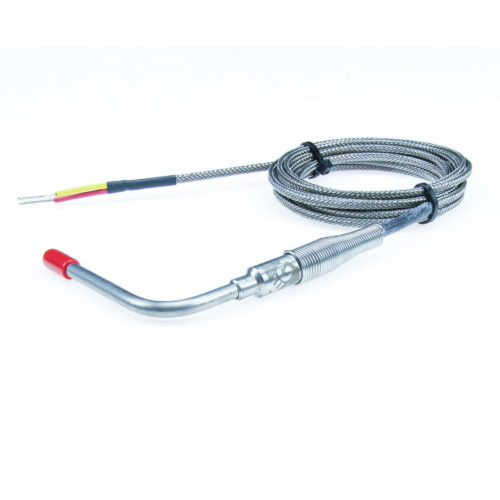 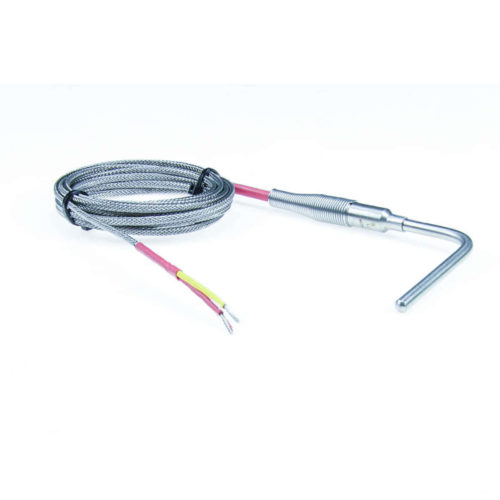 Measure your exhaust gas temperature per bank or per cylinder with a longer lasting, closed tip EGT probe, a K type thermocouple with an 8 foot lead. The open tip probe reads slightly faster than a closed tip EGT Probe, but tends to wear faster in extreme heat conditions.  Compatible with CANEGT or Innovate TC-4, LMA-3, or DL-32, and many other temperature devices. Diameter is 3/16″.

The ideal mounting location for your closed tip egt probe will be high in the exhaust runner in a consistent position cylinder-to-cylinder, normally 1 to 3 inches from the header mounting flange (approximately 6 to 9 inches from the actual in-cylinder burn) and at a common depth in the flow path.  Other acceptable locations are in the collector, where temp data for the bank is averaged, or in a single exhaust runner, positioned in the same way you’d place it for a multi-channel setup.

‘Multi-channel EGT systems add another dimension. “Generally speaking, one looks for consistency between cylinders, because any noticeable variation means that the cylinder that is out of step with the rest has some sort of problem like a flow blockage, an inner chamber variation, or a cam lobe shift that is causing the odd EGT. “On an EFI engine, a simple fuel rate change to the ‘out of step’ cylinder will aid in detecting the cause of the variation by either confirming or rejecting fuel (and air) flow variation as the cause.”

Should I use this probe or the “Black Stinger” version?

Which is better for egt on a turbo application ?? Open or closed tip?