Everyone remembers their first burnout….

Screaming engines, clouds of smoke, barking tires, and the beautiful smell of burning rubber in the air! We have all seen the videos of these crazy cars with a mountain of engine hanging out the hood, driver with his foot in the radiator, the car whipping in circles while drowning the crowd in tire smoke. These burnout car competitions are a car guys childhood dream. In a world of refined motorsport and high dollar racing, we miss out on the fun hooligan like behavior that got us addicted to cars in the first place.

Everyone remembers their first burnout! My 1979 El Camino spinning that one tire fire and a smile on my face ear to ear! There isn’t a better feeling to a true gearhead. This leads us to the modern world we live in. High end motorsport and high dollar racing makes a head on collision with our love of tire squeals and wasted rubber.

Leave it to those crazy Australians

Australia leads the way and shines a light on competitive burnouts! Megasquirt Engine Management Systems have been powering cars all over the world since 2000 and has been found in all sorts of motorsports. Burnout Car Competitions are now no different and this 1990 Aussie Falcon is the perfect example! Powered by a built Ford Inline 6 with a GM 4-71 Supercharger just because and controlled with no other than an MS3Pro Ultimate, this thing will fill the sky with tire smoke, and it makes us beyond happy! 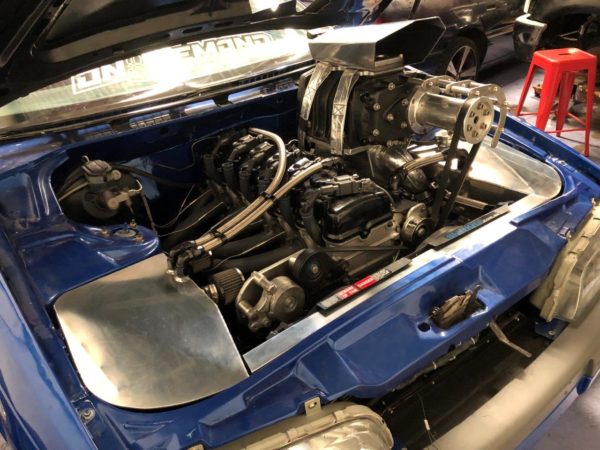 More than just barking the tires….

In this build highlight we cover a seriously cool car appropriately named “BARK” built by Glenn Taylor of Nelg’s Ali Mods and Jamie Staltari of ShiftKits Australia. Now minus the belt driven whiney thing (aka supercharger) and the flashy blue paint job, this car is very unassuming. If you’re from the land of stars and stripes you might not even know what this car is, and might think of it as the standard grocery getter or commuter car but that would be very far from reality in it’s current form.

Under the hood the engine is based on a standard 4.0l Ford Falcon Engine out of a 1999 AU Model. Again, these are Australian cars so this might not be super familiar to everyone everywhere, but these SOHC engines are stout with factory cross bolted mains which makes me think Ford said, “These boys in Australia are going to beat these things without mercy.” Jamie built this half cement filled 4.0l block with custom pistons from Tunnel Vision/SPS and he went with Scat connecting rods to push them around. A custom grind camshaft and billet rocker assembly from Jason at TunnelVision breaths life through the worked and ported head. And of course, it’s being force fed by a twin intercooled GM 4-71 Blower mounted to a custom-made intake by Glenn. If the build wasn’t different enough Glenn said “I mounted the throttle body post blower cause I was told it wouldn’t work. I had to try it and prove it would!”. Pushing 20+ psi of boost depending on the pulley, you can imagine this little engine needs tons of fuel. 6x 2400cc Fuel Injectors in the manifold along with 2x 2000cc Fuel Injectors in the blower, gives a total of 8x methanol spraying injectors that keep this engine fat and happy and the charge nice and chilly.

All controlled and monitored by our MS3Pro Ultimate Standalone ECU, using our CAN-EGT Module, installed, wired, and tuned by Jamie at ShiftKits Australia. Backing up the engine is a TH400, with a transbrake and a custom torque converter, both built and supplied by Simon at ALLFAST Torque converters.

A custom 12” Digital Dash lets Glenn try to see what’s going on with the powertrain, but he struggles with this because most of the time he can’t even see the steering wheel due to the tire smoke inside the car. This is where they let the ECU take care of things monitoring fuel pressure, oil pressure, EGT and AFR to allow the MS3Pro Ultimate’s Engine Safeties calm the party if anything starts to get out of hand.  The ECU’s Engine Safeties monitor various conditions, all configurable by the end-user, and can notify the driver or even shut down the engine if something is starting to go awry, protecting you from damaging your engine when that smoke is so thick you can’t even see the dash!

We obviously know this car is killer and built with patience and skill. But what does it mean to the guys who built it? We asked the guys a few questions about the build below!

What made you build a burnout car?

Have been going to burnout car competitions since I was 13 so naturally, I was going to build one and give it a shot but once you been on the pad lost in a cloud of smoke youre instantly addicted and want to do it again and again no matter what it takes BARK was most likely the first GM blown Ford SOHC 4.0L combo ever built, since then a few have been walking in the shadow trying to build similar combo’s.

I’m a Ford boy so naturally was going to be a Ford. I got the car cheap when I was an apprentice to build as a skid car, so I didn’t wreck my “good car”, but now the skid car has become the “good car” hahaha.

Any specific reason you went with the Inline 6 instead of a V8?

As anyone can buy a blower manifold for a v8 and bolt it on and go, I rather build everything myself and make it work, initially I was also told I need a v8 if I wanted to do decent burnouts, so I had to prove them wrong of course.

What features on the MS3Pro were a must have for this build?

Most important feature required are the engine safeties –  egt, afr, fuel and oil pressure monitoring/safety as I can’t see the dash most of the time due to the tire smoke through the car – the ECU needs to take control of that and shut the engine down for me if something is out of whack, being a custom engine build it’s expensive and long wait time on parts. We run low impedance fuel injectors therefore the MS3Pro Ultimate was the ECU chosen here.

The high speed datalogging is another great feature, we look over the datalogs after every event to check everything is all good, we have caught onto some issues early, before they became bigger problems, by looking over the datalogs.

What are the future plans for the car?

Well, the car is currently in the rebuild process now and getting ready for next season.  With a new rear end going in, tied into the roll cage for strength because racing it with the new transbrake has caused some damage to the subframe
New 2 inch, 6 into 1 extractor are being built to help with flow and hopefully better times at the track and maybe rattle every one’s ear drums while on the burnout pad
Other than that, the plan is to beat the living hell out of it every chance I get, on the burnout pad and 1/8-mile drag racing.

What a blast!   BARK goes the burnout monster!!!

Its safe to say this ride is next level and looks like a blast to drive! As anyone who has built a car from scratch knows there are a ton of pieces to the puzzle. It takes a team and an industry to build these dream rides that scream and bring joy to all the gear heads out there. Everyone here at DIYAutoTune is happy to play our small part in car builds like this and hope to continue doing it for as long as you guys will let us! 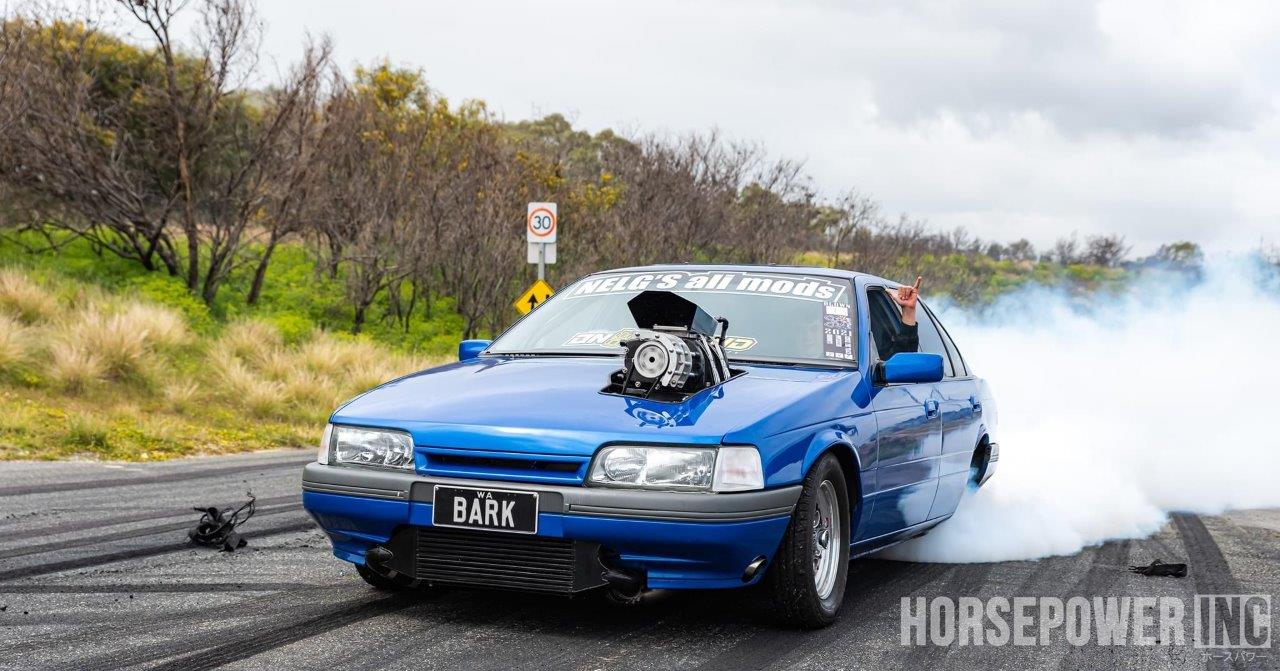