Bosch’s D-Jetronic was the first commercially successful automotive electronic fuel injection, original equipment on many European cars like the Porsche 914 pictured above. Today, many owners are looking to upgrade to more tunable EFI systems, like MegaSquirt, or just trying to replace broken and unobtainable parts. We’re not sure what engine management the 914 in the lead photo is running, but we couldn’t resist the Anatole Lapine tribute paint scheme on this racer we photographed at the 2016 Mitty.

When converting a D-Jetronic equipped engine to MegaSquirt, the biggest question is what original parts you can reuse. Like many systems that were the first to market, many components in the D-Jetronic system do not function in the ways that later became industry standards.

The fuel system does not need to be changed out. The fuel pump and pressure regulator work in the same way as modern systems, and there’s no need to swap these out. In fact, many of the fuel system parts originally developed for the D-Jetronic, such as the Bosch 044 fuel pump, are popular upgrades on some later cars.

The fuel injectors are low impedance, so you will need a MegaSquirt that supports low impedance injectors (MS2 V3.0 or V3.57, or an MS3Pro Ultimate, for example) or use external current limiting methods like dropping resistors or a peak and hold driver box. Alternatively, you can upgrade to a more modern high impedance injector, and get a more reliable connector in the bargain, but this will require some modifications to the fuel rail since D-Jetronic injectors typically use a hose mounting.

The idle speed control is a simple thermal device. You can keep this as-is, or upgrade to either our remote mount stepper IAC kit or a ’90s era VW 2 wire IAC valve if you need more precise control.

For more information on how the D-Jetronic site worked, check out this detailed write-up by Paul Anders.

The day is drawing near, when she asks you what you want for Christmas, and you aren’t quite sure what to say! At least I know that’s happened to me many times!

Be ready! Put your MSPNP, MS3Pro, MaxSpark, MicroSquirt and accessories on your Wish List, send it to your wife. Your mom. Your wife’s mom. Everyone that asks!!!

And then have something to be excited about under the tree Christmas morning!! 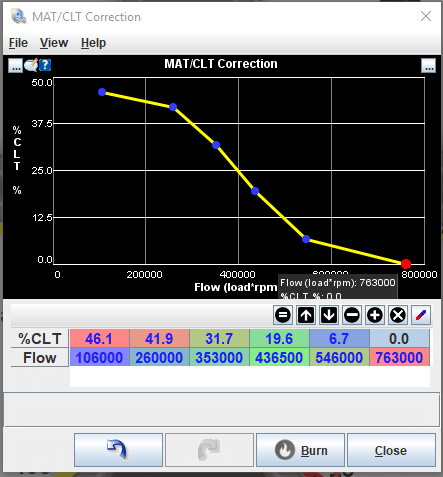 Have you ever been driving your car, maybe on a warm day, and all is going well. You park and shut ‘er down for a few minutes, come back to fire her up, and she runs completely different, or struggles to run at all for a few seconds? We can help! Here’s how to eliminate Heat Soak issues during hot restarts, we walk you through dialing this in on your MegaSquirt, MSPNP, or MS3Pro ECU!