Let’s face it: these days it’s easy to make huge power. With the advent of electronic powertrain controls and power adders, what was once impossible is easy now. Power output development has likely outpaced all the other disciplines required to bulid a reliable, fast/quick project car. Simply put: it’s really easy to build more power than you have tire, chassis, or talent to use. This is where electronic torque management (a.k.a. “Traction Control”) has become a major player in the No Prep scene.

But first, let’s also admit the benefits from good power management: we’ve all been to a track where conditions have gone away – sometimes far away – where most passes become a pedal fest, or worse. I’ve seen this even at the best prepped NHRA tracks while tuning Pro Stock cars. Bad conditions happen, and the car that deals with those conditions the best, is the car that takes home the money.

Most people are familiar with the first generation traction control systems out there. These systems monitor driveshaft speed during a pass, following a pre-programmed “curve” that starts when the launch button is released. Any time the actual driveshaft speed exceeds the programmed target speeds, ignition cut (or timing retard) is used to bring wheel speeds back in line. These systems work well, with one major fault: they do not self adjust to track conditions. If the track suddenly becomes capable of a 7.80 pass, but your curve is set up for a 7.95, you won’t run quicker than 7.95. This is where second generation traction management comes into play: it’s much more like what the OEMs use, and it’s capable of adjusting itself to track conditions on-the-fly, in real time. We call this “Dual VSS Traction Control.” (VSS = Vehicle Speed Sensor)

How it works is simple: the MS3Pro uses speed sensor inputs from two sources. VSS1 is the driven wheel speed. VSS2 is the chassis speed. VSS 2 can be as simple as a Front Wheel Speed sensor, or a high speed GPS input, or (for the intrepid megasquirter) even ground speed radar. So far, all the examples we’re seeing today, are using simple wheel speed sensors front and rear. I know what you’re thinking: “What happens when the front wheels are off the ground??? It won’t work!!” I thought the same thing until I started using it: the MS3Pro has functionality that allows (or halts) a wheelie condition at launch, or anywhere else downtrack. We use a hybrid method of “open loop” at launch, then automatically switch to “Dual VSS” mode when the front wheel is down, and registering a minimum speed that we configure. 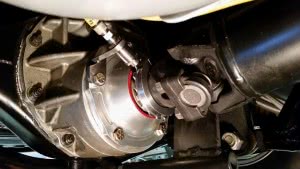 The first trick is setting up your speed inputs. Most people are using the simple Hall sensors found here. These sensors read any Ferrous Metal (translation: any metal that a magnet will stick to) that comes within .010” or less of the sensor tip.  Some users fabricate their own reluctor rings, others simply mount the sensor in a brake caliper bracket pointed at the back of the wheel studs.  Note: the more teeth you can feed the sensor per tire revolution, the more quickly the system can respond to traction loss. Some users have even used factory ABS sensors for this feed.  Beware that many OEM sensors are “VR” type, which output a sine wave signal, which may need converted to a square wave signal 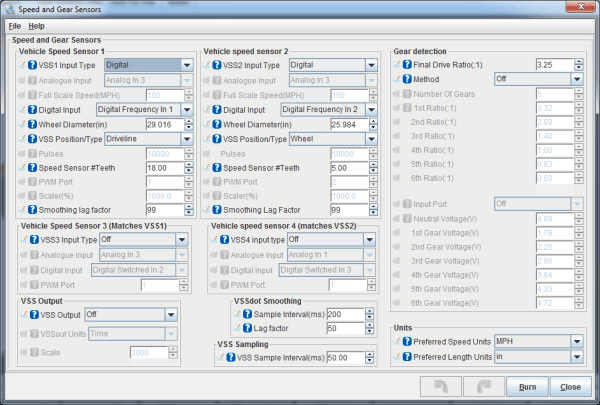 before feeding into a digital input in your ECU.  Configuration requires selecting which input each signal is wired to, configuring the tooth-count on the sensor target wheel, telling the system where the sensor is installed (driveshaft, wheel, etc.), and other data the ECU needs (tire diameter, rear gear ratio). The final step here is to test the vehicle either on the track or road with a GPS (your phone probably has one already) to confirm wheel speeds match the GPS, and each other. This can be done during a test pass where traction control isn’t being used, just record speeds and adjust tire diameter until reported speeds match each other, and your reference source (GPS, trap MPH, etc.). Look at your datalogs to make sure the wheel speeds make sense – no droupouts or noise, etc.

Once the two speed sensors are functioning, it’s time to configure traction control! In this example we’re using “Dual VSS” mode – if your sanction body doesn’t allow it, or you don’t have VSS2 set up yet, you can always revert to “Perfect Pass” mode which is identical to first generation TC systems discussed above. But if you’re working with a limited prep surface, limited tire size, or just don’t want the rear wheels overrunning the fronts – read on. 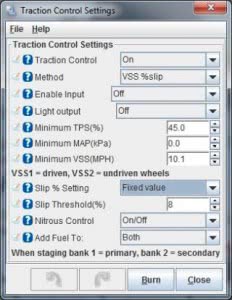 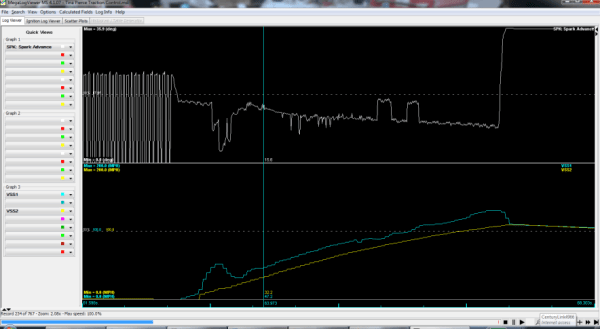 Fixed (it can be used with a Knob on the dash for variable slip %, more on that later). We’ve also set a minimum slip % threshold of 8%. In my experience, this needs to be around 4-5% on drag radials, and 7-9% on slicks. In testing, Tina Pierce (customer from the TV show Street Outlaws) reported that, on her Colorado which is a big tire / slicks configuration, anything above 9% here “felt sketchy and I wanted to get out of it.” Here is a datalog of one of her early test passes at the 2016 American Outlaws event in Ennis, TX. The white line is what the ECU is doing to reduce power during the run: retard ignition timing. Here it manages around 10-15% slip the entire run.

Now you set up the Traction Control Reactions. Depending on your engine and power adder combo, you can have the ECU manage power a number of ways: Spark Cut, Ignition Timing Retard, Nitrous PWM reduction, Add Fuel, Boost Reduction, Boost Cut or a combination of any/all. Here you decide how much action to take for a given amount of slip (called “SlipTime” because the amount of time a tire is slipping plays an vital role in power reduction). 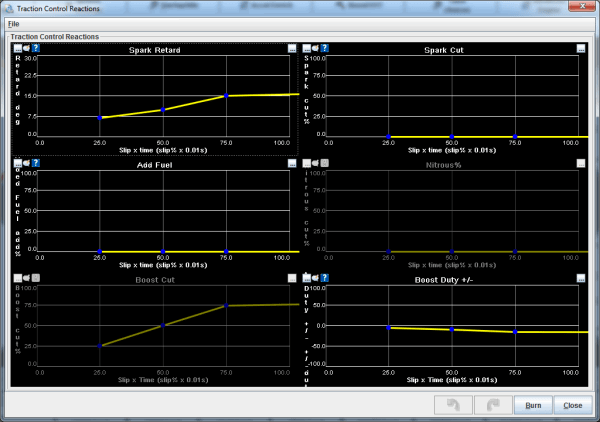 Once the MS3Pro detects wheel spin above our set minimum (8% in this case), it takes action based on the configuration here. In my experience, timing retard (if you run coilpacks) is the best choice for instant torque reduction. Spark Cut works well too, but it’s a lot harder on your engine internals and drivetrain to use. Guys who run distributors, and are limited to a fixed range of timing advance (due to phasing inside the distributor or magneto itself), are generally forced to use Spark Cut. In our experience, it’s better to error on the side of “too much timing retard, too quickly” versus too little. The more power your application makes, the more quickly you need to address a wheelspin condition.

Note that there are other benefits to this system. Downtrack wheelies are eliminated if you use a front wheel speed sensor, because front wheel speed goes down quickly when the tire is lifted off the ground. Dual VSS will see this as a “slip condition” and reduce power generally before the driver even knows it’s happening. Another plus is that this system makes the car feel “glued to the road” as Jake Hachinski describes it. It even works well if you encounter rainy roads on questionable tires!

Note that the above covers when both wheels are on the ground, reporting speed (and hopefully helping you ignite the “Win” light!). But what do we do for the launch if our front wheels come off the ground? 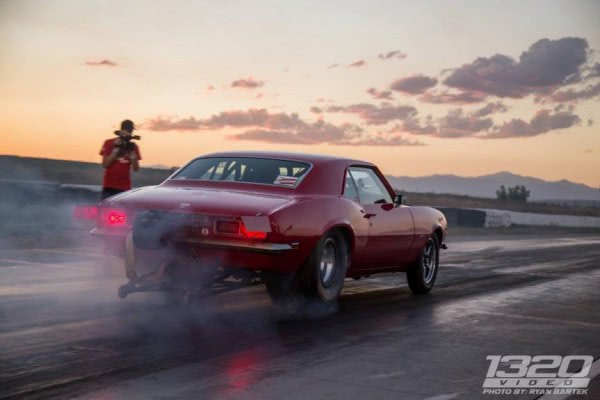 Timed Retard After Launch is a feature that allows the tuner to manually retard timing based on a timer that’s started when the launch button (transbrake) is released. Configure that in the Launch / 2-step / 3-step settings: 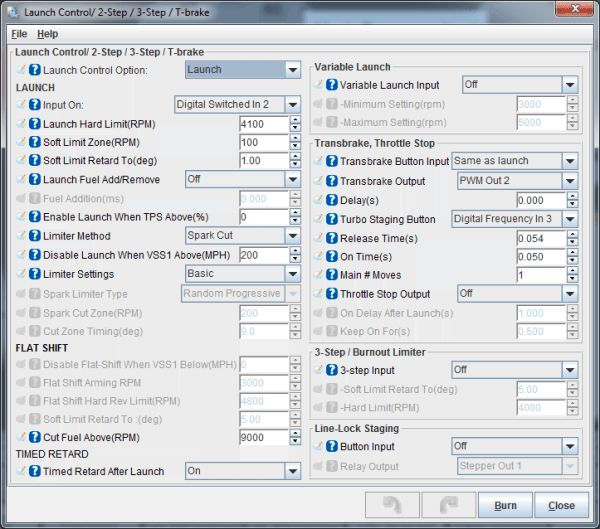 Recently at the 2016 Rocky Mountain Race Week event, competitors and MS3Pro users James McEntire and Jeff McConnell used this feature with great success. James’ 1968 Camaro is widely known as the Quickest/Fastest all-motor street car in the world with documented wins at Drag Week, and now Rocky Mountain Race Week (Endurance Drag/Street events that test the true streetability of a project car). James’ new engine combination, a Tood Goodwin-built 672” all billet semi-hemi making 1400+hp, has a powerband that comes on like a 2-stroke engine. Doc and Jeff ran Drag Radials so they needed time to set up the chassis just right.

In the interest of running their best possible passes so early with a new car, they used Timed Retard After Launch to remove timing at .6 seconds into the pass, where the engine power increased so rapidly that it would knock the tires off (spin!) without something to reduce power. 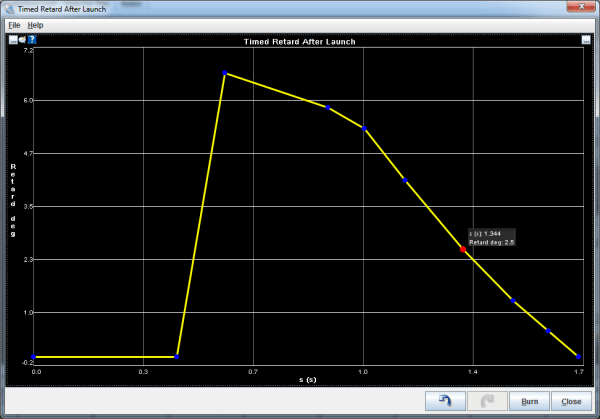 Set up this way, MS3Pro will launch Doc’s car with full timing (configured in the Ignition Table, just like any other ECU), but at .600 seconds it will subtract 7 degrees (from the normally programmed ignition map) and slowly bring it back to “normal” at 1.7 seconds into the run. This reduced the sudden power hit enough to keep the tires from breaking loose while the front wheels were still in the air. This system works in conjunction with, but independent of, the Dual VSS Traction Control. Remember, THAT doesn’t start working until the front wheels are on the ground and registering the Minimum Speed that we configured in Traction Control Settings. Using this strategy the whole week, James and Jeff reset the All-Motor weekly average (for endurance style street/strip cars) to the mid-8-second zone 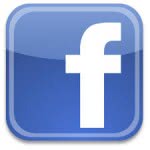 We’re installing this system on even higher power cars, 2500+hp and beyond.

Follow us on Facebook to see even more high powered cars making their way down low-traction surfaces clean, consistent and quick.

We encourage you to see for yourself just how powerful MS3Pro Advanced Power Management is!  Here is a complete list of features.

Check out this video with telemetry overlay, that shows MS3Pro Traction Control in action. Notice the Ignition Timing gauge, and the two Wheel Speed indicators. See how the timing is pulled out to keep the wheel speeds in line? See the car in the other lane? Look fast, because you won’t see it long!

The MS3 has a dedicated A/C control option, allowing the ECU to take several actions to control the A/C. These include a full throttle cutout, increasing idle speed while the A/C is active, compressor overspeed protection, and more. The wiring needed is very straightforward. You’d need an on/off switch on the dash, a cycling pressure…

Tony Arme’s jaw-dropping, Corruptt Mustang is anything but straight-forward.  The chopped, 1968 Mustang sits ridiculously low on a RideTech suspension and features a Ferrari F430 V8 with California intake and two 92 mm throttle bodies force-fed by a pair of NRE mirror image turbochargers.  Turn up the sound and check out the FIRST START VIDEO with…