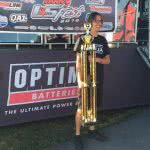 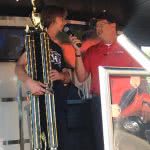 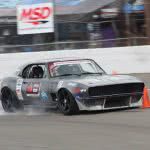 Mike ran a 10.3 @ 149mph in a car with street tires that had never made a pass down a drag strip or a Dependable Towing.  When we asked him what made that happen for him, Mike said “We knew we had some power and had just made some suspension changes.  We set the Traction Control for 9% slip and sailed down the track.  We didn’t know what to expect!” Mike also finished exceptionally well in 2 QA1 Autocross and 3S categories for an overall points win.  Mike has his sights set on a Good Guys Optima Batteries Search for the Ultimate Street Car Championship to top off his  extraordinary year.  Congratulations Mike Dusold!