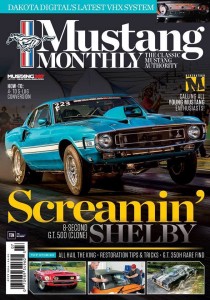 Congrats to DIYAutotune.com customer Jay Brown from Minneapolis, MN for making the cover of Mustang Monthly magazine!   MS3X handles the electronics chores in this 8 second, All-Motor-Monster.

3 time Drag Week class champion and nothing more needs to be said about the uniqueness of his builds. 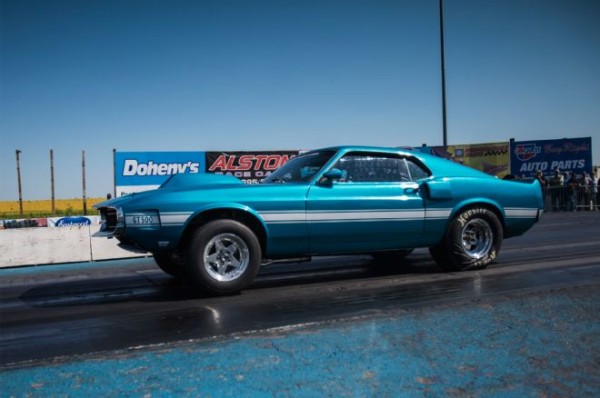 Tuesday in Indy, Jay was able to submit a 8.885 @ 149.02mph, a little quicker ET and a little slower MPH.  However, the second place car was less than .1s average behind Jay, requiring Jay to maintain his performance into day 3.

Wednesday in Union Grove, WI Jay managed an 8.943 @ 150.00mph, while the second place car lost about a half second ET to give Jay a little breathing room (the less each driver has to push their car for best ET, the better chance they have of surviving the entire week without damage significant to put them out of the event).  On the drive to Cordova, Jay broke a rocker arm but had spares and was able to repair it on the route.

Thursday in Cordova, IL Jay’s closest competitor had to drop out permanently due to mechanical issues.  This allowed Jay to slow down a little to keep the car and engine healthy for the rest of the week, so he submitted a 9.139 @ 148.01mph pass for the day and hit the road back to St Louis.