Can you say 249mph MegaSquirt’d Monster?

(scroll down for pics and IN CAR VIDEO) 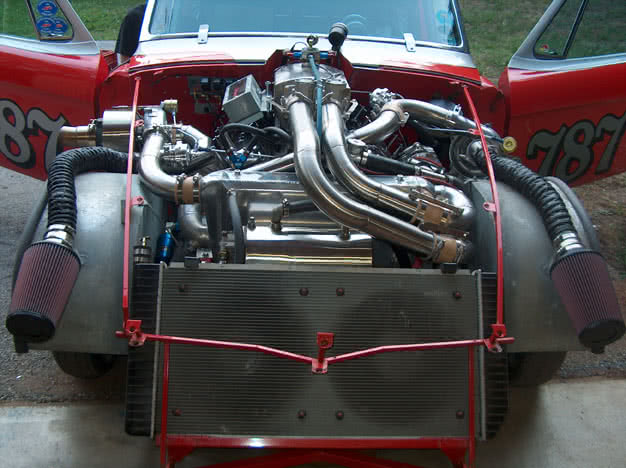 Full specs and details can be found at the bottom of this page.  Also there is in-car video of a record run below.

So the background story is in early 2005 I sold a PCB2.2 MS-I unit to a guy in Missouri planning to use it on a boat, I’m not sure exactly what happened to that but I got a call/email a while later from Mike Collison, a cohort of Gary Hart’s, after they had purchased the ECU from the original owner and wanted to talk to me about using it on this twin-turbo’d beast instead.  With low-impedance injectors being a must for this horsepower level I had Mike send the ECU back my way and I upgraded the unit with the flyback board to allow for this (this was all before the new PCBv3 came out, which is fine with low or hi-z injectors) and I then got it back to him.  It was a while later that I heard back from the guys there, but it turns out they had been staying very busy…  After the MegaSquirt-I PCBv3.0 board was released we upgraded Gary to this board running the same code and configuration for no reason other than we could, though it’s a good move with the improved design of the v3.0 PCB.  Then, keeping Gary running the latest/greatest mainboard we swapped in a PCBv3.57 SMT MegaSquirt-I EMSwhile out on the salt last year.  So at this point Gary is again running the latest/greatest mainboard available, still running the eariler processor however and the MS1 Extra code version 029t controlling his EFI.

In 2008 the Stude’ made about 750whp on a Mustang Dyno and similar torque, this would be closer to 900whp on a Dynojet more than likely as Mustangs have a bit of a heartbreaker reputation.  This was at about 11psi.

In 2009 after having the turbos gone through by Tim’s Turbos to increase exhaust flow and reduce backrpressure we bumped the boost up to about 14psi and picked up about another 150whp on the dyno.   The motor should be good for significantly more boost and capable of producing 1500+whp, but this isn’t drag racing for 6 seconds and shutting it down.  This is all about WOT runs for 90 seconds straight, and he has to pull two of them for it to count, at over 245mph each.  Longevity is key. 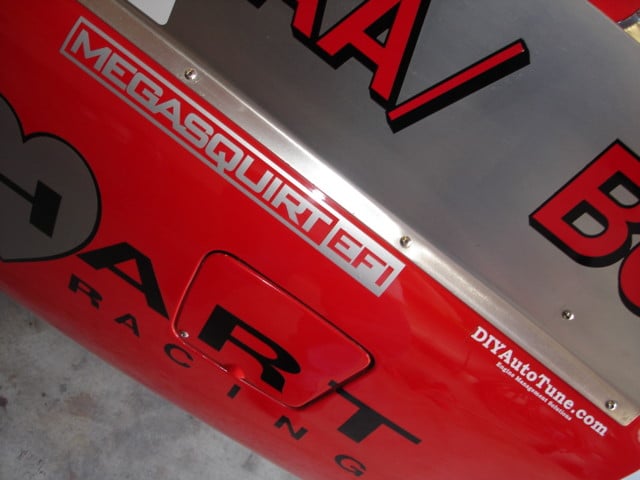 Here’s more pics of the car, click the thumbnail for large versions…

We were also at SpeedWeek 2009 with the car.  I haven’t put together a full writeup yet, but in a nutshell, Gary took the car up to 248mph average, 249mph exit speed to qaulify for a record.  Unfortunately though we were unable to confirm that record as an oiling issue cause one of the turbos to fail at 235mph+ on the record run.  Still though, Gary went nearly 250mph!

Specs and Details of the car:

The car is a great runner and safe just as it is, the frame is overbuilt 1/4″ steel, and anyone that can drive should have no problems running records with this car just as it sits.  Gary ran 249mph at SpeedWeek 2009.  This car is pure awesome.