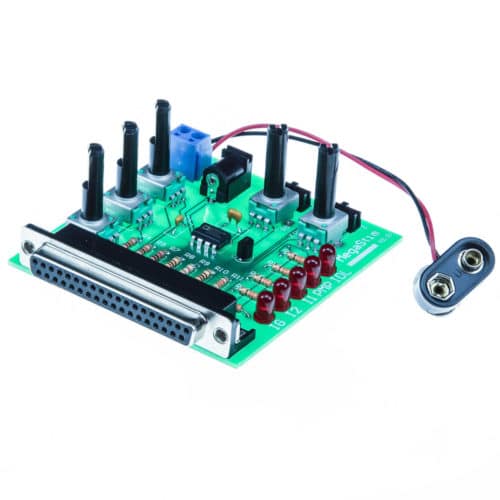 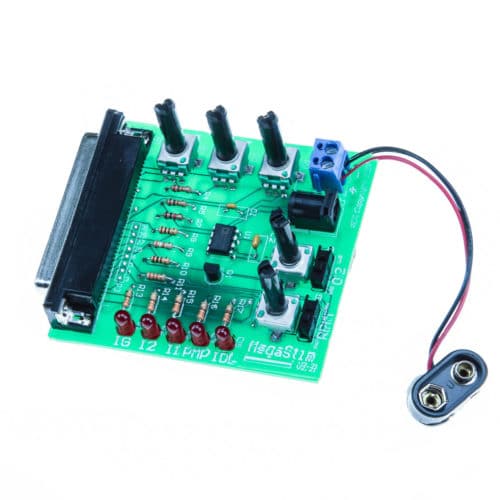 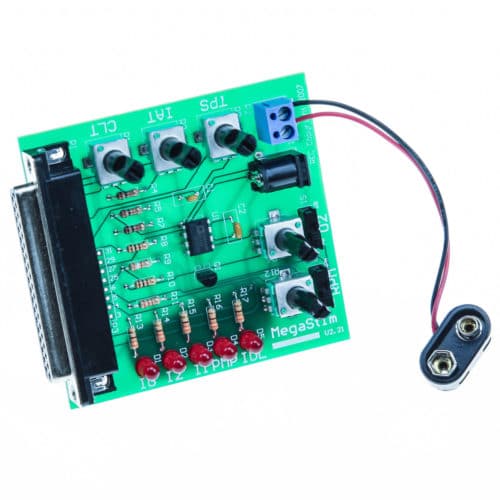 The Stimulator board allows you to fully bench-test all standard inputs and outputs on your MegaSquirt unit. It will apply power to the MegaSquirt ECU and allow you to simulate engine sensor inputs such as the ignition system RPM signal, the Intake Temperature Sensor, the Coolant Temperature Sensor, Throttle Position Sensor and the Oxygen Sensor. You can manipulate these signals via the potentiometer knobs on the stimulator to simulate different engine running conditions.

After assembly, or if you buy a pre-assemble ECU the stimulator will help you to get familiar with the MegaSquirt and the tuning software before ever attempting to install the ECU on your engine. This is also an excellent tool for testing your Megasquirt ECU while you are working through building your wiring harness. While not an essential or required tool it is highly recommended. If you don’t purchase a stimulator for yourself you should at least make sure you know someone who has one that you can borrow if needed.

We carry two types of Stimulators, this one and the JimStim. The classic Stim works for many traditional ignition setups – fuel control, most distributors, and Ford EDIS. The JimStim adds new functions to deal with newer distributorless ignitions, including being able to simulate missing tooth wheels and test multi-channel ignition outputs ignition outputs. We recommend this Stimulator for distributor ignitions without any exotic crank triggering, and the JimStim for best results if you have a distributorless ignition or missing tooth crank wheel. No matter what ignition you have, we’ve got something in the lineup to test it. 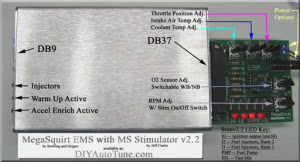 Where is this unit assembled?

What sort of warranty does this have?