In January 2016, KC Maxx Performance & VC Fabrication inquired about MS3Pro capabilities and interest in being involved in this project.  Who wouldn’t be interested in a snuffed TOP SECRET GM Project?

Some intrepid GM engineers it seemed, thought that the General needed a V10 to replace the aging 454 in the truck division. Having such an engine available could also be used to develop a possible candidate for the Corvette or other GM supercar. The V10 would in theory have similar displacement with more power, while only being slightly larger in length than the big block 454, and more easily adaptable to modern and future emissions standards and GM technologies. We were told however, that this project never got off the ground to make it past the modeling and CADD stages.

Fast forward nearly 20 years later and it appears that GM in some capacity whether official or otherwise did research and prototype a LS based V10 engine, possibly just over a decade ago. The engine you see before you was sold as scrap and spare parts to a buyer with an assorted lot of other pieces unrelated to it. The engine was missing an exhaust manifold, and had a damaged valve cover, but was otherwise complete from intake manifold to oil pan. “We had heard of this engine from the source we acquired it from, when I saw it, I knew we had to get our hands on it. Eventually it became available and we acquired it from the supplier who purchased it from GM,” says Lee Masters of VC Fabrication in Kansas City.

“Our GM sources says that around the time of this engine’s development, GM was looking to get into the V10 market to compete with the Ford pickup V10 and even the Dodge SRT-10 pickup. This engine we are told made 616 horsepower and 789 lb-ft of torque.  The LS V10 motor now sits in a ’64 Impala Two Door and is being prepared for MS3Pro Engine Management, then dyno tuned to an OEM style configuration for the Kansas City World of Wheels Show, though it’s not the last stop for this project.  Masters says plans are also in the works to possibly add a twin turbo system, which could potentially boost power into the four-digit range with every little effort. Excerpt courtesy of LSX Magazine; read the full article HERE.

MS3Pro comes well equipped to handle the V10 out of the box with up to 12 cylinder sequential support, but the wiring would have to be thoroughly customized. We began with our 24X LS Plug and Play harness and lengthened/ modified as necessary to accommodate the additional two cylinders, injectors and coils. Installation and configuration begin on-site today at VC Fabrication in Kansas City.  Stay tuned for more updates on the only original GM LS V10 on the planet! 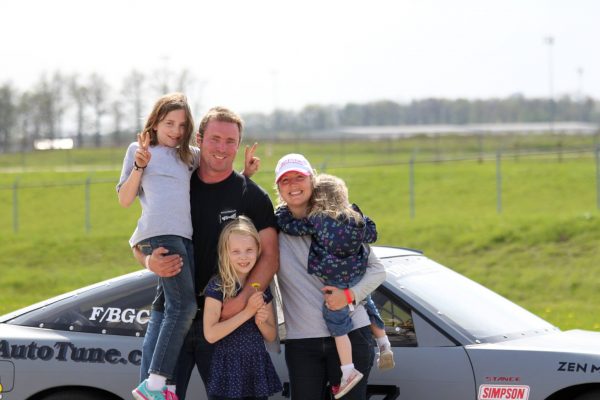 An Open Letter from our Founder/CEO Jerry Hoffmann

15 years ago, I founded DIYAutoTune.com by merging a passion for technology (I was an IT guy) with a passion for racing (I was/am a car junkie).  I had $1200, a spare bedroom, and an idea. It has been a blessing of an opportunity and quite a ride.  DIYAutoTune has grown and evolved beyond what…

Andy Lamus is a veteran tuner who has traveled the world teaching his TunerTek tuning classes about tuning a variety of standalone and OEM engine management systems. DIYAutoTune will be hosting his MS3Pro and MegaSquirt class on March 21 and 22, 2020. The cost of this class is $550 per person, and you can register…