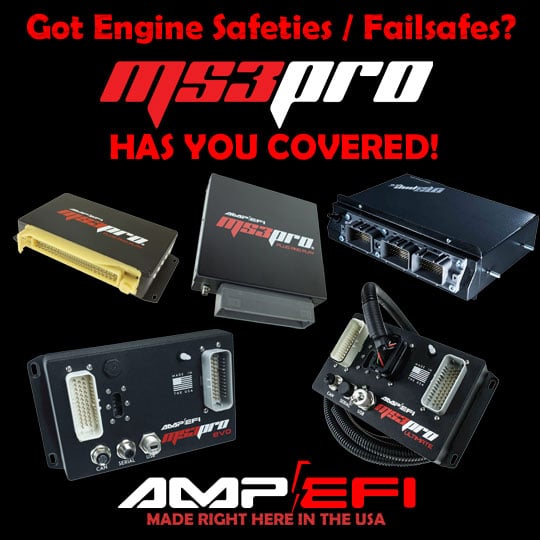 There are some failures you just can’t tune around – no ECU in the world will save you from a broken timing belt. But there are other failures an ECU can detect and either shut the engine down immediately to save the engine, or calculate a way to keep the engine running to make it back to the pits and correct the failure. These features are available across the MS3 line, whether you have an MS3 V3.0 or V3.57, MS3Pro PNP, or MS3Pro Gen 1, Ultimate, or EVO. Some of them will require additional sensors, such as fuel or oil pressure. 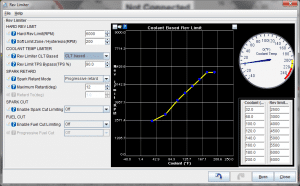 Knock detection can also be considered a failsafe, as it allows the ECU to automatically pull timing in response to knock. Knock input is standard on the MS3Pro lineup and optional on the V3.0 / V3.57 models. The MS3 can use one or two knock sensors and identify which specific cylinders are knocking. You can select whether the MS3 will pull timing on only the affected cylinders or across the board.

The MS3 also features overboost protection – a hard fuel and / or spark cut in the event of boost control failure. This allows you to shut down the engine until boost falls below a safe level.

Connecting a fuel pressure sensor to the MS3 allows for many different features. Not only can the MS3 control a returnless fuel system, it can take action if the fuel pressure isn’t where it should be. 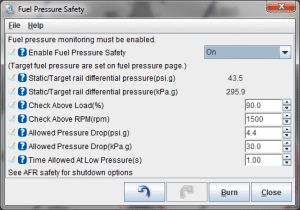 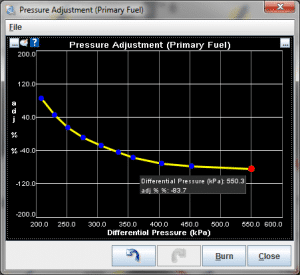 The flex fuel feature also has failsafes to cover what happens if the flex fuel sensor puts out a signal outside of the minimum and maximum frequencies. There is an overall number to use for an assumed ethanol percentage. However, you can set how much fuel and timing to add separately, so you can go to 100% ethanol levels of fueling and 100% gasoline levels of timing at the same time rather than risking running too lean or advancing the timing too far.  You can read more about the MS3 and MS3Pro’s Fuel Pressure Safeties by clicking here.

The MS3 can do more than add fuel if it detects a lean condition with a wideband oxygen sensor. The AFR Safety feature allows both activating a warning light and also shutting down the ignition until the engine drops to a low load and low RPM. 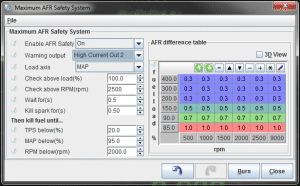 Want to use EGT probes as well as a wideband oxygen sensor? You can also set high EGT readings to trigger adding fuel or an engine shutdown. 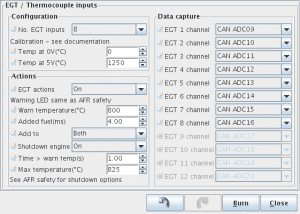 The MS3 has a check engine functionality that monitors sensors, using both the voltage and the amount of fluctuation. Too much sensor fluctuation can mean there’s enough noise to render the sensor information useless, while a reading that’s too steady can indicate a sensor has come unplugged. 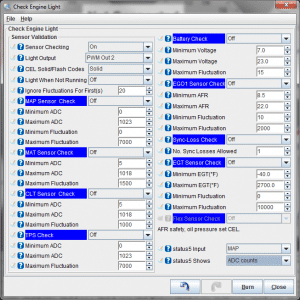 There are several actions the MS3 can take in response to a sensor failure. A failed air temperature sensor can be replaced with a fixed value, while a failed coolant temperature sensor will be replaced with a time based value that starts low and simulates a warm-up cycle. Dealing with a failed MAP sensor is more complicated, but the MS3 comes through here with a 3D table allowing you to estimate your expected MAP sensor reading based on RPM and throttle position.

At the same time, you can use an alternate maximum boost level and rev limit to avoid going all-out on broken sensors. 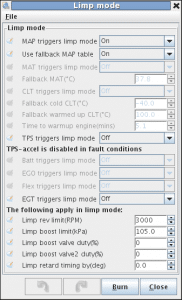 The MS3 can read an oil pressure sensor as well. You define what is a safe pressure at what RPM, and you can set both minimum and maximum pressures. This feature allows you to trigger a warning light, a limp home mode, or a full shutdown if you lose oil pressure. 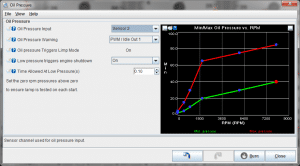 Want a quicker shareable summary/list of the Engine Safeties available with MS3 and MS3Pro?  Here you go!