(or other Toyota VAST Ignition Vehicle)

Want to make your install as easy as possible? Our MSPNP fully assembled, plug and play, ready to run unit that makes installing MegaSquirt a snap. Click here for MSPNP installation instructions and you can order them here. 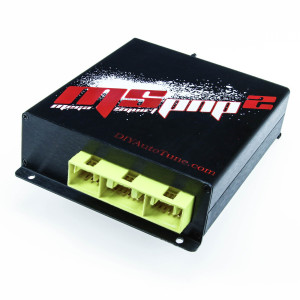 For those who’d rather set this up the DIY way, read on.

Also– if you haven’t already, please read the ‘disclaimer’ at the top of the parent page here. 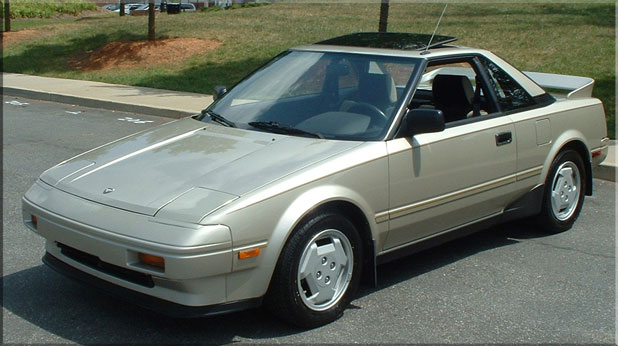 The USDM 4ag bluetop motor works great with the MegaSquirt- it uses the Toyota VAST ignition system, and it’s easy to control. I run this on my MR2 with a harness adaptor I built up using the documentation in this message, and many others have built the harness adaptors and successfully ‘squirted their 4ag’s and 22r’s with this doc as well. I don’t offer a ready built harness as they are a bit labor intensive, which is fine for a one-off, horrible for a business ;). There was a guy who does this but I’ve had to help a couple of his customers ‘fix’ their adaptor harnesses due to improper wiring that damaged their MS CPUs— I recommend building the adapter yourself so I’ll give you all the info you could possibly need to do so here.

First off you’ve got to decide which hardware and firmware you want to go with.  What are your priorities?

OPTION A:  Cheap and functional.  The MS-1 PCB2.2 with MSnS-E firmware.

There’s no need for me to recreate the wheel here, Jamesl, the pioneer of this implementation of the MegaSquirt and the creation of the VAST PnP Wiring Harness Adapter, thoroughly documented this process back in late 2004.  One week later I had my 86 MR2 running on a MegaSquirt-I PCBv2.2 by following Jame’s documentation to the letter.  He was shocked that it worked as well as it did, and all I could say was thanks.  🙂  Since then he’s brushed it up further and made some improvements for clarity and such.  If you’re running a MS-1 PCB2.2 you can go straight to the original source here:

Note that the above linked map is best used with 024s9 as noted, the tables are setup for boost BUT NOT TUNED FOR BOOST.  Use this as a base map and expect to do some tuning to get it just right for your car.  And as always, USE THIS MAP AT YOUR OWN RISK!

Note that the above linked map is best used with 029q2 as noted, the tables are setup for boost and tuned up to 7psi, NOT ABOVE THAT.  Use this as a base map and expect to do some tuning to get it just right for your car.  And as always, USE THIS MAP AT YOUR OWN RISK!

OPTION B:  Increased Robustness and Upgradeability.  The MS-1 PCB3.0 with MSnS-E firmware.

This is very similar to Jamesl’s PCB2.2 implementation, I’ve just adapted it for use with the newer MS-I PCB3.0 and moved the spark output over to pin36 which will make your harness adapter MS-II ready should you ever decide to upgrade.  It also makes FIDLE available, but you probably don’t care much about that as the TVIS intake manifold have a nifty coolant activated idle valve that’s completely mechanical and not ECU controlled.

Then, since you’re using a PCB3 MegaSquirt instead of the PCB2.2 his doc is based on you’ll follow these mods instead of those in his article.  You still use his wiring information for building your harness adapter– with one change.  You’ll wire your ignition output (IGT on the Toyota side) to pin 36 on the MegaSquirt DB37, instead of pin30 as you did with the PCB2.2 implementation.

So the changes boil down to:

A)  The Mods (documented below)

Now we need a 5v pullup to this wire we just ran. That’s easy on the v3 PCB as there are two 5v sources just above the proto area labeled +5v. Use a 1k resistor from one of these +5v holes either to the wire itself, or by tapping another piece of wire onto this resistor and running it over to IGN as well. (You could just tap it onto D14 as well, but it might be a little crowded there….your call)

TVIS Activation
If you need TVIS activation, you basically stick with Jame’s document for the mini-circuit to activate…. but with these changes: 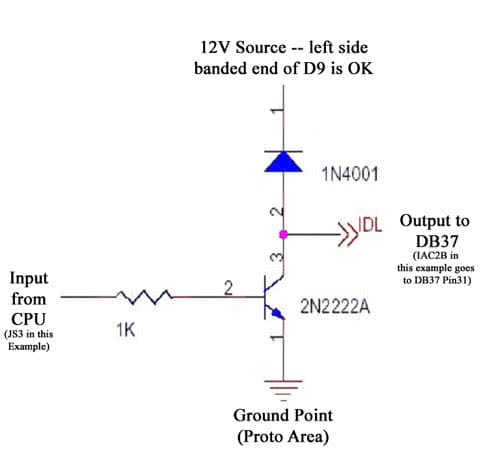 TunerStudio Config Changes:  (if you use my map from the link above, which defaults to using FIDLE spark output as used with the PCB2.2 install)
On the Code Config > Codebase and Outputs Menu:

As with the other implementations, start by reading Jamesl’s document linked here:  Jamesl’s Article

This actually isn’t all that different from the MS-I PCB3.0 with MSnS-E installation, the ignition input comes in on pin24 and needs a 12v pullup.  The ignition output goes out on pin 36, here’s a difference though, you DO NOT need a 5v pullup on the ignition output with the MS-II as it has this pullup built-in.  One other difference… you don’t need to do any mods for TVIS control as you won’t be using the FIDLE output for anything else so you can configure it as a ‘spare output’ and use it to control a relay controlling the TVIS system.

TVIS Activation
No mod required unless you are using FIDLE to control an idle valve, which on most MKI MR2’s isn’t needed due to the mechanical fast idle valve.  So assuming you’re not using an FIDLE valve, just use pin30 (switched ground) to control a relay that triggers the TVIS solenoid.

You can follow Jamesl’s original MS-I PCB2.2 document for building out MOST of your harness adapter.  The exceptions are pin30 is now your TVIS control, and pin36 is now your ignition output.  Otherwise you’re good to go.

This is laid out about as step by step as any MS installation out there as this one is very well researched and documented, and I’ve got a lot of hands on experience with it and experience helping others accomplish it as over the web as well. The nice thing about using this documentation is when finished you have a nice little plug-n-play adapter to use that makes a neat little connection into your stock wiring harness without hacking anything up.

As for what you need– here’s a page with info on my recommendations for a complete system: Which MegaSquirt Engine Management System is right for you?