The easy way to put the power of MS3Pro to work for your own board!

The MS3Pro Module puts the MS3Pro circuitry on a board where we’ve replaced the AMPSEAL connectors with 0.100″ pin headers. This provides the core ‘brains’ needed to build MS3Pro capable ECU or Plug-N-Play ECU with all B&G/DIY Licensing taken care of.  For OEM’s that would like to develop an ECU this gets you 99% there and gives you a VERY solid platform for doing so.  Our motivation in designing this? We us these as the core for our MSPNP-Pro line, but we’re also making them available to the public and other system designers.

Here’s some things you can use it for:

The MS3Pro Module is approximately 5.5″ x 3.5″ – much easier to incorporate into your projects than trying to use a V3.57 main board, MS3 daughter card, MS3X, and all the other associated parts. And we offer volume discounts if you’re making a production run. 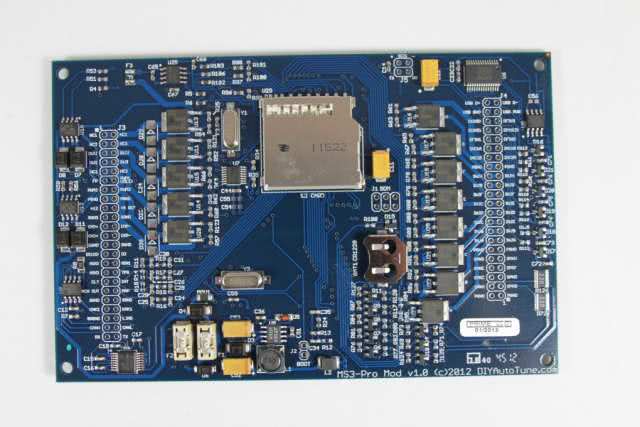 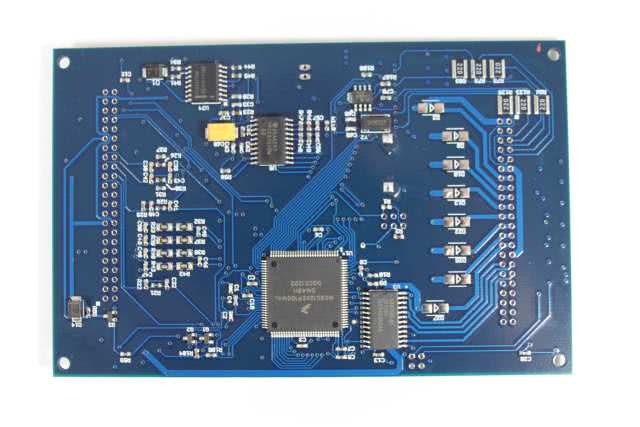 Click here to download the standard MS3Pro documentation.  Note this is for the retail MS3Pro product, but the core capabilities and featureset of the MS3Pro Module is the same, this is the same mainboard and runs the same firmware as the full retail MS3Pro product, the only difference is the connectors and the case aren’t there, and we leave it up to you to license the full version of TunerStudio if you choose to for your project.

The picture below shows the dimensions and pinout for making a PCB to attach to the MS3Pro Module. Click on the image for a larger view. 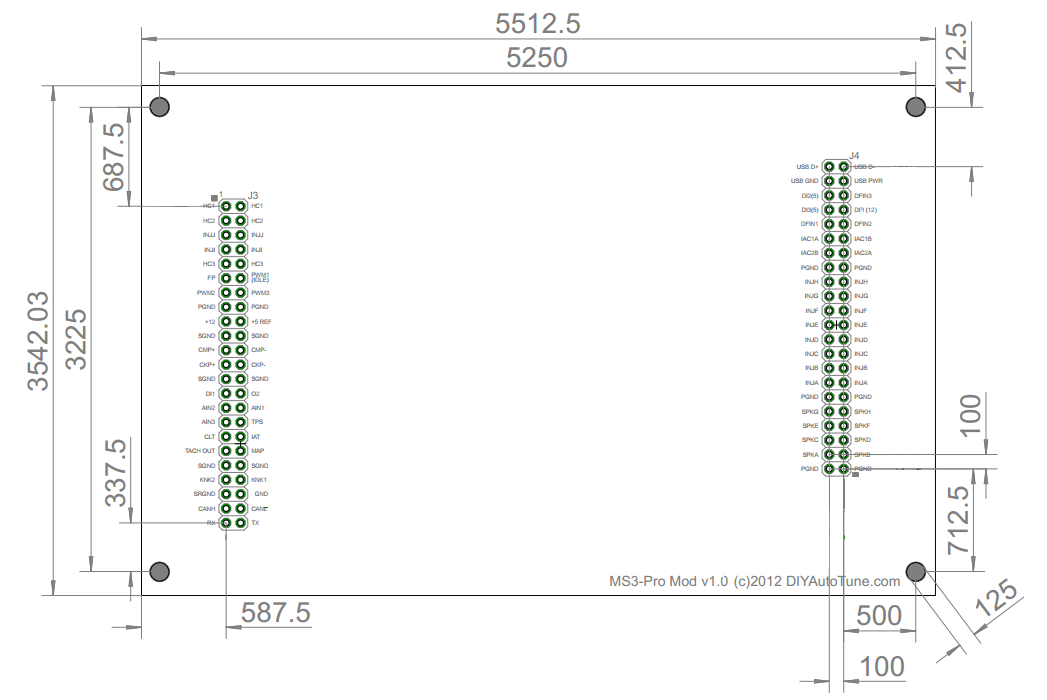 Note that the MS3Pro Module does not include a TunerStudio license. The free version of TunerStudio will let you access all the ECU’s features, but the registered version unlocks a couple useful tuning tools such as VE Analyzer Live.