So, you’re putting the MS3 in a car with ECU controlled gauges – or that engine you’ve swapped in doesn’t have the right sensors to run your existing gauges. In many cases, the MS3 is able to take over control of the gauges.

The MS3 has a dedicated tach output channel – in many cases, simply connecting your tach trigger terminal to the MS3’s tach output is all you need when it comes to the wiring. You will need to turn the tach output on in TunerStudio. 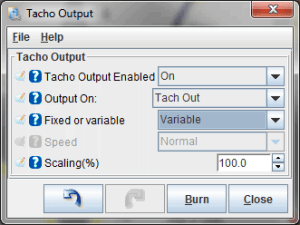 Current MS3 firmware has a variable tach output feature. This lets you set the tach output to anywhere from 10% to 10 times tach speed. Using a six cylinder tach on an eight cylinder engine? No problem – just set your tach scaling to 75%? Stock tach calibration a little off? Just adjust this number until everything matches.

Note that some tachometers that originally triggered off the coil may not work with the MS3 tach output’s 12 volt signal. For these applications, use our AMX-100 tach adapter module to step up the output voltage. 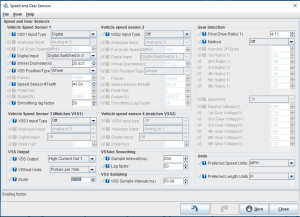 The MS3 does not have dedicated outputs for other gauges. However, you can spoof the output of a one-wire sending unit using a generic PWM output, as long as your gauge has enough damping. To wire this up, connect the gauge to a high current output (for an MS3Pro) or mid current output (for MS3X). Next step is to calibrate the output. To do this, go to Output Test Mode – I/O. The gauge output can vary depending on what frequency you use to drive it; we recommend using 78 Hz, the fastest frequency available in test mode. Set the output to “pulsed” and note what pulse duty cycle gives you what reading on the gauge. 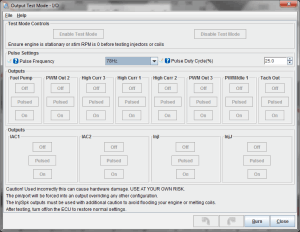 Next, we’ll set up a generic PWM output under the Advanced Engine menu. Select which output pin you’re using, and set the load axis to the measurement that controls the gauge. You’ll normally want to use a curve instead of a table. Here, you’ll enter the sensor reading you want for the load, and the duty cycle needed to obtain the desired reading. The curve below was used to run the coolant temperature gauge on a 1971 Chevy C10 pickup. 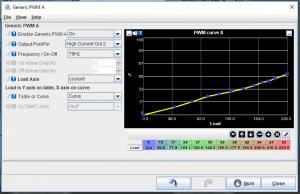 Some OEM gauges operate over CAN. The development team has added support for a few select gauges, accessible under the CAN Broadcasting menu. Support for other CAN dashes may be added in the future, while dashes that use other data hardware besides CAN may be supported by future expansion modules. 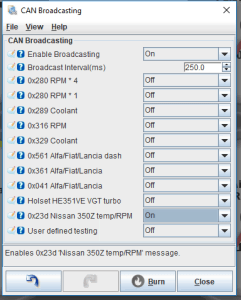 Many third party race displays have built in support for the MS3’s CAN or serial protocol. See this link for known supported aftermarket dashes.